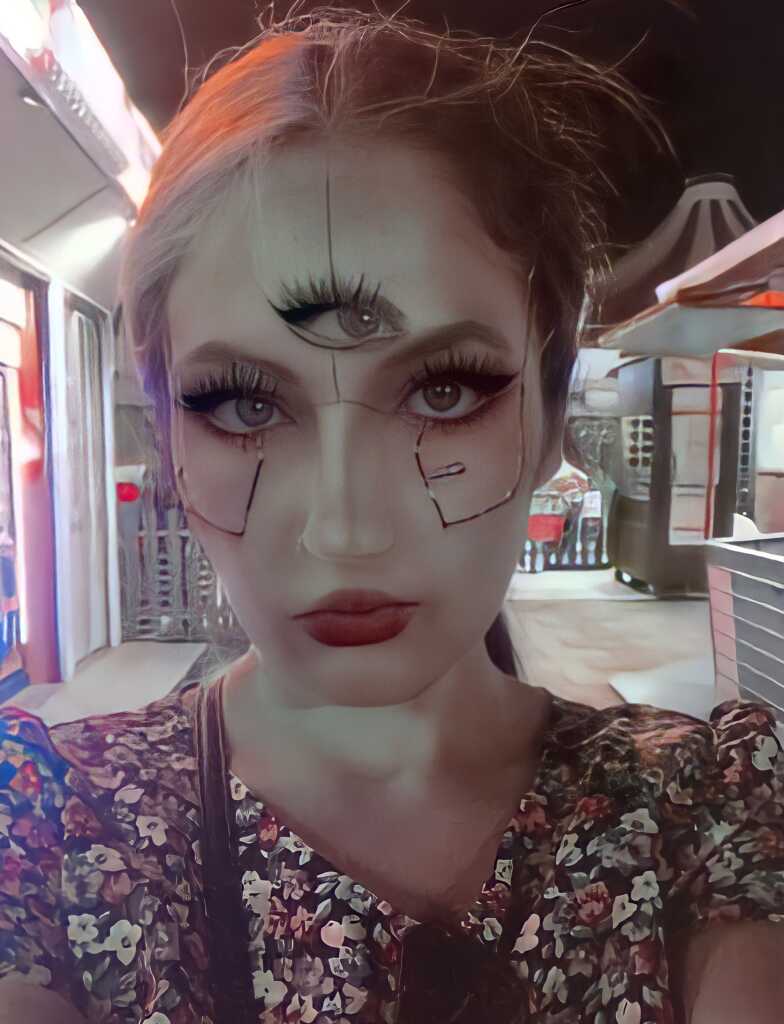 Here I am, I exist
Like a journey through the stars
Through the worlds and ancient dreams
My horizons unfold inside
A promise reverberates
Hidden amongst the shadows and the wisteria scent
Between a child’s cheerful smile and me, getting old

I keep dreaming, while breathing the nullification,
Standing out on the apocatastasis like in the poets epiphany
Like in the great masters polyphony
I obtain forgiveness if I work,
Hard is the work should I not forgive

The protocol does not allow to fix a zero
Downstream of an equation
But, I’m far from being different and the asynchronous pendulum is tiring,
It doesn’t make me any more free from the ranks where I’m swinging
Like nets, just like primordial and metabolic networks used to swing

To collide and react searching for the man within the man, the machine, the man,
faces disappear amongst the lights of a starship,
running fast amongst cybernetic axons,
being shredded from various quantic intelligences.

In those places where the shadows dance and the stars’ seeds bounce.
Neuronal apocatastasis.
Into the post-dystopian punky blue,
the verb, the sound, the circadian cycles and the blind monocle laying fertile.
Its birds of prey are in the heidegerrian unconcealment: technique and instrument.

Orange splinters gone mad, between our lives and their wounds,
the fragments of the giants wander around dancing and everybody is silent.
The big sleep wraps the unavoidable ramble of the artisans in leather,
the erudites in a box, the crippled, the expert systems.

The day, the sun, the purple, the Chinese room, the thunder which flashes afar,
Turing’s silver-plated spoon, the interference of human warmth,
the impious vain smile of the multitudes.
The error, the absence, the disused reluctance to the vagus nerve.

The flow of electrons in ultra dimensional networks.
The potential difference in Planck’s mysterious sites,
the cyber punk crest, diverts the soul,
if and only if it also like everything else exists
Or persists.

And that infinite propagation in the cosmos of authentic mercy
In the form of the silent nothingness, that becomes object, that is exposoma.
Mercy primarily watches over the new asymptotic religions,
amongst the ouroboros of vice, agony in whom in the judgement evaporates from the abyss.

Whole buildings of stacked up brains
classified as computational bio matter were our ancestors, elephants shake the ground,
dead in the body, forced into the system up to the last semantic module,
up to the last worn out command of a latent and faint voice.

Here I am, that dream comes back, the one from when I thought I was small,
that journey on soil returns, between nature and familiar faces,
dance like a human, like the shadows dance, spinning again,
projected by the great fire into one body.
In the sound.

Thanks Bianca, I invite all the Obernauts to follow her CRAAAZY spotify !!!